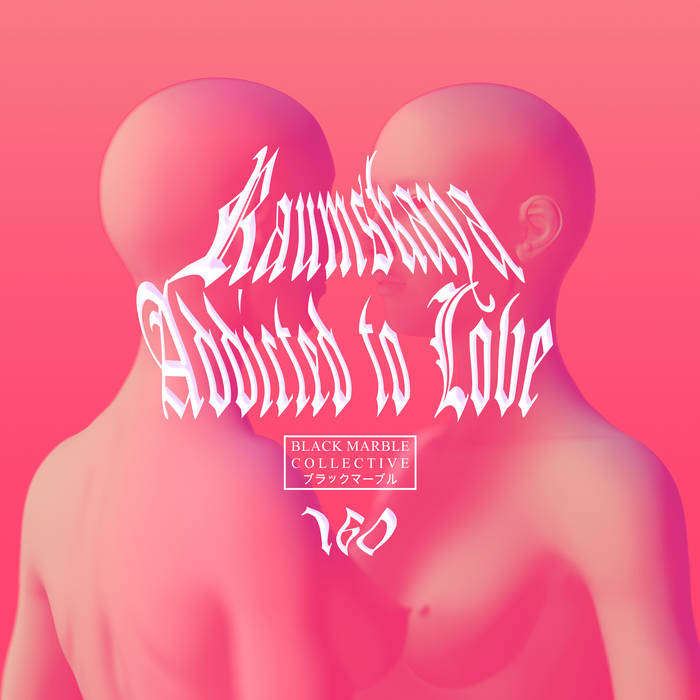 This release is filled with bright, heartfelt tracks at 160 bpm and brings a fusion of Juke and Drum and Bass styles. The Russian artist Raumskaya grew up on Juke music, but organically grew into many different genres and bpms. Over the last 4 years, his style and sound began to become more complex and darkened considerably. This “Addiced to Love” release is a return to the origins of the Raumskaya project. A very lighter side of Raumskaya that he is proud to share.

Bio:
Starting from Juke music, Raumskaya dedicated his life to find his own unique style. Now Raumskaya dabbles in many experimental club music projects from Moscow and around the globe (Labels: Hyperboloid, Knightwerk, Terminal Dream, Beryoza, Brownswood Recordings). From vintage hardcore, trance and bass music to idm, techno and ambient. The last 2 years Raumskaya has integrationed cinematographic soundtrack vibes into club music to make club music more emotional. He’s already released 8 albums and many remixes along with various singles. Gleb is working with theatres and has made two different full-leight soundtracks for contemporary ballets, mixing together all music styles creating new futuristic sounds.

Gleb Raumskaya is co-founder of Russian ghetto community "Beryoza" representing the Bass scene of Russia. Raumskaya was a finalist of Stussy Make the Beats, he also took part in Red Bull Music Academy Bass Camp and Granatos Festivalt in Lithuania. He has been featured on the radio stations – Rinse FM, BBC Radio 6 and Sub.FM. Gleb was recording his tracks in Cuba under the guidance of Gilles Peterson (bbc radio 6). The record release party of The Soundclash album (Brownswood Recordings, UK) was held in London. In 2015 Raumskaya represented the Russian Beats Scene and played his live set at Boiler Room, Stay True Moscow and was opening DJ for worldwide Hip-Hop icon DJ Premier. Raumskaya has played Havana Art Biennale, Tallinn Music Week and MENT Festival (Ljubljana).