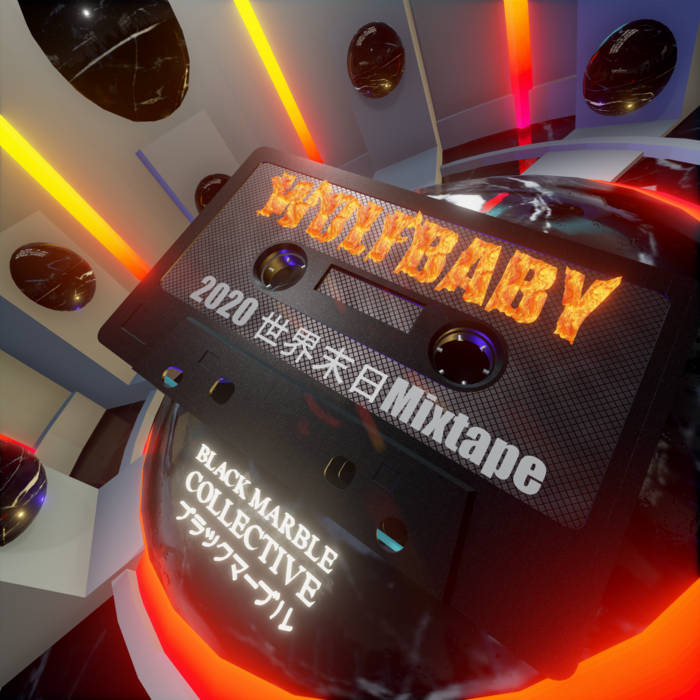 The Black Marble Collective Mixtape Series is strictly dedicated for legendary and up and coming women in the music industry that we feel deserve more respect. We are evening out the playing field and exposing only the best sounds to you from EVERY background.

This is deep inside the mind of Wolfbaby.

Wolfbaby is a Taiwan native, raised in the Bay Area and is currently residing in Los Angeles, CA. Her style in music has a lil bit of everything for everyone. Growing up with a strong musical background, her influences were inherited through being classically trained in piano, violin, and percussion. From Jazz melodies to orchestral compositions, then later exploring the worlds of Disco, Funk, Soul, House, Techno, Hip-Hop, RnB, Trap and beyond. Her unique taste allow her to be eclectic, dynamic and versatile in her own original arrangements alongside live performances.

From her humble beginnings as a Bay Area promoter, she’s worked hard in preserving and exciting the bass music scene since 2006. Her natural flavor and inviting persona have helped define her as a tastemaker amongst several creative communities.They also contributed to earned roles in acclaimed residencies, such as the multi-award winning Bay Area party: Trap City.

She has since been full speed ahead in the fast lane on her road to success, while also building a global audience playing in various parts of Asia for respected nightlife entities like VH1 India, Beam in Bangkok & Piu Piu in Saigonto name a few. In hard hitting fashion, while smoothly integrating sensuality and femininity, Wolfbaby sets are designed to allure you to the dance floor.

Stylistically, her classical music background sustains her commitment to truly solid theoretical and well-constructed tracks, Over the years, Wolfbaby has supported a wide array of live and electronic musical acts such as Modeselektor, Tokimonsta, Metro Boomin,Troyboi, and more, often covering multiple genres during her performances. Her unique blend of bass music, RnB, House, Techno, Garage, Trap, Dubstep, Jungle and Drum n Bass, has brought her all around the world to perform at festivals, clubs, and underground parties alike. Most recently, she has been keeping busy with other artists collaborating on experimental tracks working on sound design, to release original music with her influences, energy and unique style into the world, while continuing to hone her skills as a DJ and live musician.